For more than 30 years we have been a reliable supplier of materials for composites production on the Czech market. We have carefully selected our partners whose materials we distribute so that our customers are completely satisfied not only with the quality of the materials, but also with the quick delivery, smooth logistics, technical service and, last but not least, with the competitive price. Our work does not end with sales. We strive to provide appropriate technical support and address any requirements of our customers as soon as possible. We have warehouses both in Bohemia and Moravia and thanks to this we can serve customers all over the Czech Republic. As a family business, we pride ourselves on our good reputation and therefore we do our best to uphold this reputation, built over many years, with both existing and new customers.

POLYGLASS was founded on March 15, 1990 under the original name SPORTCENTRUM with a focus on providing sports and travel services. Later, the production of sports and tourist boats was added. At the end of 1992, the company started a new business in the distribution of materials for the production of composites. It was very important to obtain a distribution contract from VERTEX a.s. Litomyšl for the sale of their products in the Czech Republic. In 1997, another important distributor agreement was concluded with the Finnish company NESTE POLYESTER, which allowed to enter the market of unsaturated polyester resins, gelcoats and colour pastes. In 1998, another distributor agreement was signed for the representation of the American company GLAS-CRAFT in the Czech and Slovak Republics with the offer of spraying and application machines used in the production of composites. In addition to the aforementioned industrial and commercial activities, POLYGLASS also operated a bus service.

After 2000, the sports and travel services were discontinued. On the other hand, the sales of glass and chemical materials increased steadily, amounting to thousands of tonnes of material sold. NESTE sold its polyester resins and gelcoats division to the American company ASHLAND COMPOSIT POLYMER DIVISION, with which POLYGLASS developed further cooperation. VERTEX Litomyšl was sold to the French company SAINT-GOBAIN and the distribution of their materials was continued with the new owner. With the expanding customer demand for new materials, the company began to cooperate with other manufacturers / JOHNS MANVILLE, JUSHI, CAMELYAF, DIPEX , ARKEMA. In 2003, the company purchased the Horalka mountain pension in Spindleruv Mlyn. In order to better serve the Moravian region, the company POLYDEX CS s.r.o. was created in 2011 together with the Slovak company DIPEX s.r.o. with its headquarters and warehouse in Kroměříž. At the end of 2019, the British company INEOS bought a part of the company ASHLAND, which was engaged in the production of polyesters and gelcoats. POLYGLASS became a distributor of INEOS. At the same time, the production of compound glass yarns was discontinued. In 2022, a plot of land in Otrokovice was purchased, where another distribution warehouse for the Moravia region will be built. 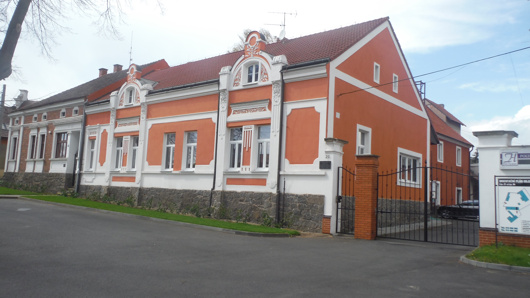